We have had Winston "aka" Mr. Incredible for almost exactly one year to the day. This video is hard to see (not used here), but what's remarkable about it is that it's almost the 4th of July and we are sitting on our back patio. The sky around us is literally exploding with fireworks and Winston is totally unfazed. He isn't running for cover or howling or cowering in fear. He handles fireworks like he handles the doorbell or the vacuum or thunder and lightning...with an easygoing laid back demeanor that is so rare. I don't know if it's the early temperament training you do with your pups or just a testament to good genetics but feel free to use this as a testimonial. Whatever you do produces amazing family pets and amazing golden retrievers. Thank you! Worth every penny. 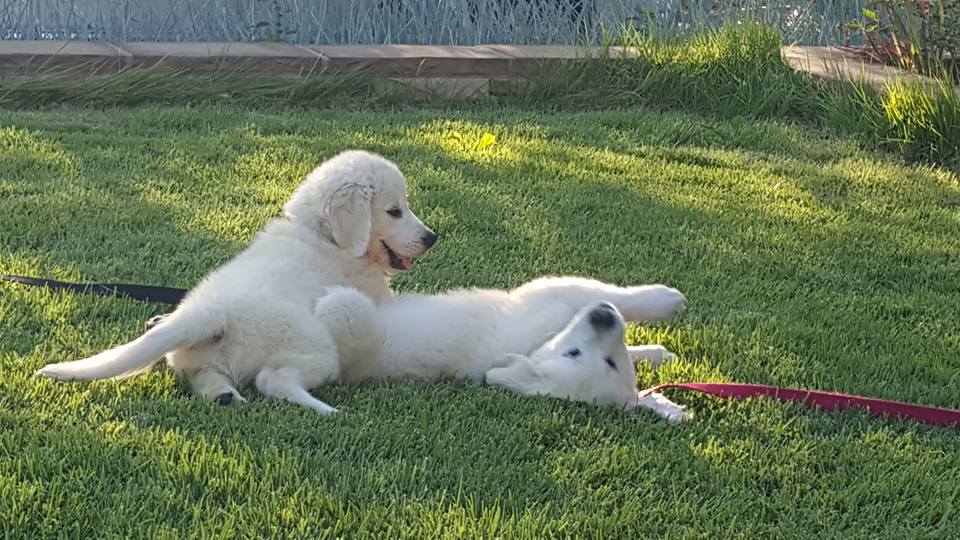 Winston (Mr. Incredible) playing with Rory (Megamind) They were so happy to see each other and they both played hard.  It's fun to see how much they've grown and how they are similar and different.

~ just popping in to say Hi! & share a couple of pics of Gus aka Agent Sandusky! He's such a happy, smart, beautiful boy who loves to play but also loves to cuddle when I sit down. Couldn't ask for a better addition to our family! ❤ ~ 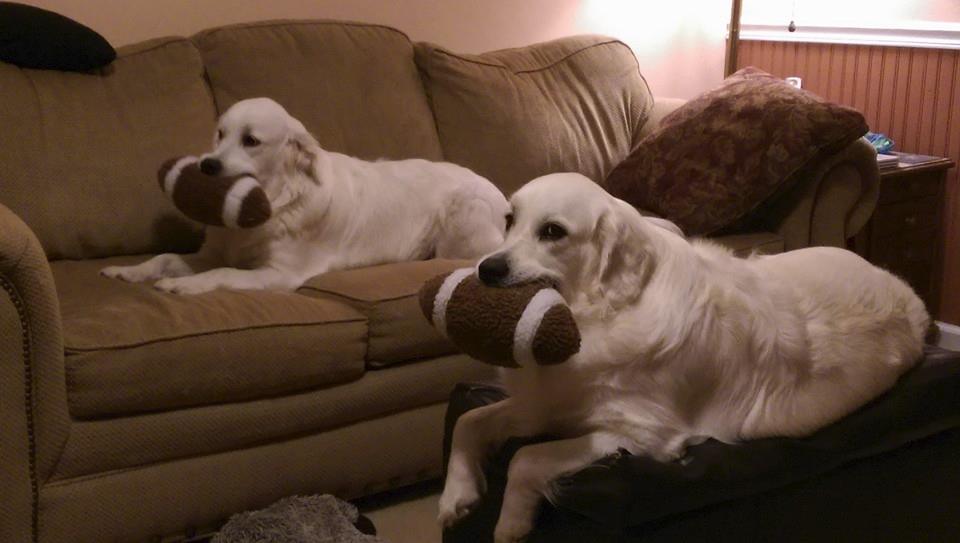 My girls are a little silly :) Nikki just turned 1 in June and Holly will be 2 in October. They are just like any other sisters, best of friends and sibling rivals for attention. We just love them!!

He is such an amazing dog. Zildjian was not even close to being as good of a puppy as Avedis is.  You can definitely tell the pure bred blood line.  He never chews anything but toys. He goes to crate when we turn off lights and he cries and grabs his babies when we wake up or come home.  It is the sweetest thing ever. He is going to be bigger than Zildjian. He is a little love bug and so beautiful and sweet and calm-natured.  He is very submissive with other dogs but also doesn't allow nonsense.  We love him so much. He adores Isabella.